which includes Cross, Webbington and Rackley 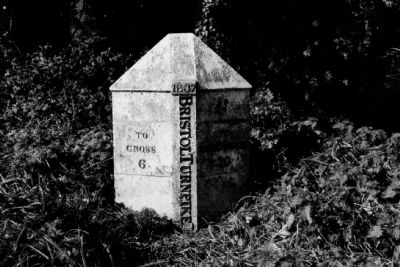 The Mendip Hills form the backdrop to Compton Bishop parish from the upper slopes where local farmers have grazed their cattle for centuries to the fertile lower slopes on which would develop the market gardens of the 19th century that produced early peas and new potatoes and of course, strawberries.

From earliest times the people of Cross earned their living from the road that passed through the village. When coaching was in its heyday the inns, there were three in times past, served the needs of the travellers. The blacksmith and wheelwright were kept busy and the village must have been noisy with the sound of the horses and coachmen all vying to keep their coach running to a strict timetable. In Compton Bishop life continued at the pace of the farm year. Even today people often do not know Compton Bishop. In the heart of the village is the parish church dedicated to St.Andrew that was consecrated in 1236 but probably has even older origins.

The Manor of Compton was, before the Reformation, in the hands of the Bishop of Bath and Wells. By the 17th century it had come to the Prowse family. Their monuments can be found in Compton Bishop and Axbridge church. Later, through marriage, the manor passed to the Mordaunt family of Warwickshire.

Agriculture has always played an important part in the life of the area with several large farms within the parish such as Dunnett,  Webbington, Manor, Bourton and Rackley  farm and many smallholdings. Old maps show that there were fields of withies and orchards for cider apples.

There were several small quarries within the parish. The one that has left the most visual impact is in Cross. This quarry at one time contained a limekiln but now appears to be a grassy amphitheatre. Cross also had a successful Brewery run by the Collings family and a handful of shops like that run by Miss Keen that sold everything from eggs to elastic.

In the 19th century and early 20th century some people left the villages to seek a new life and greater opportunities in far away countries. Their descendants can be found in Australia, New Zealand, Canada and the USA.

We are fortunate to have a well preserved and beautiful parish church and a rich assortment of old buildings within the community and to be surrounded by so much natural beauty. 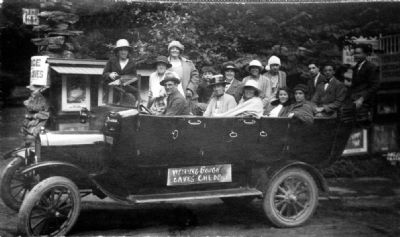 The Wade family on an outing to Cheddar caves 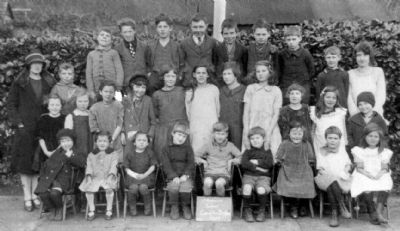